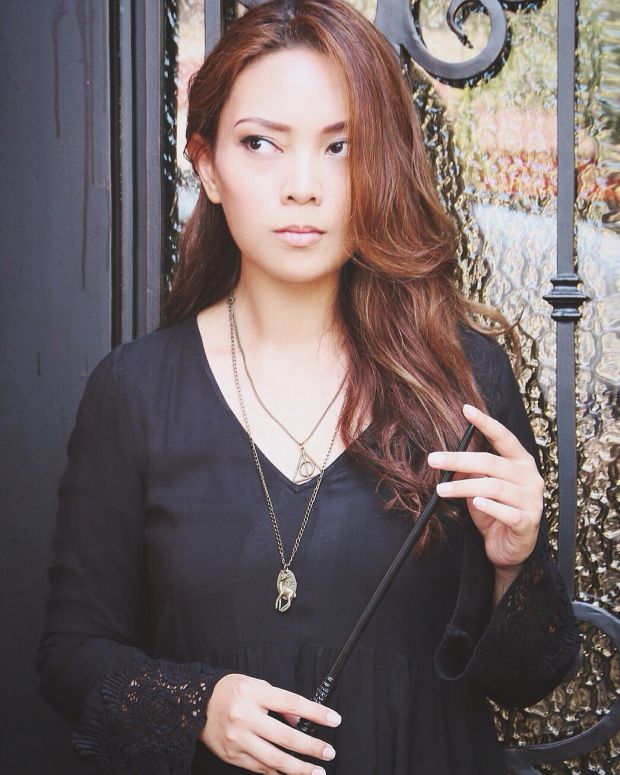 Still mourning the loss of a great actor, whose work has helped shape the kind of life I’ve led so far, and the kind of person I’ve become. A lot of people ask me why the deaths of actors like Christopher Lee and Alan Rickman affect me so, especially because I never knew them. What they don’t understand is that their characters were with me when I needed them the most. They were there for me when I felt misunderstood, lonely, and different. They were my friends growing up, my heroes. Losing them was like reaching the last pages of a beautiful book – like the older I get, the closer I get to the end. But with that loss and sadness comes great, great gratitude and love.

“It is real, isn’t it? It’s not a joke? Petunia says you’re lying to me. Petunia says there isn’t a Hogwarts.

I know some people don’t like it when an actor is so closely associated with his role that fans mourn the death of their favourite character instead of the actual person. But for me, I’d rather know someone like Alan Rickman through Snape, than not at all. Acting requires so much of your life to be shared with the public. So even though I never knew him as a person, I know him from the roles he has played so well, and so brilliantly. And that to me, is a great honour. He will be remembered and loved by many, for many years to come. Alan Rickman has been immortalised by his talents. And that’s not a bad way to go if you ask me.

Thank you, Alan Rickman. I will ALWAYS be grateful for what you have done for me. Thank you and farewell, dear Professor Snape. Nox.

One thought on “Thank you, Professor.”