I was one of those people who thankfully got to read Harry Potter before I watched it. Before the movies even came out, I had very different ideas of how characters looked, talked, and even moved. That’s the beauty of books right? You get to interpret the things that you read and build your own magical world all in your head.

I had just finished reading The Goblet of Fire when the first movie was released, and even with a lot of things being changed for the big screen I was prepared to accept these new faces and scenes for the love of the franchise.

All except one. Ginny Weasley. 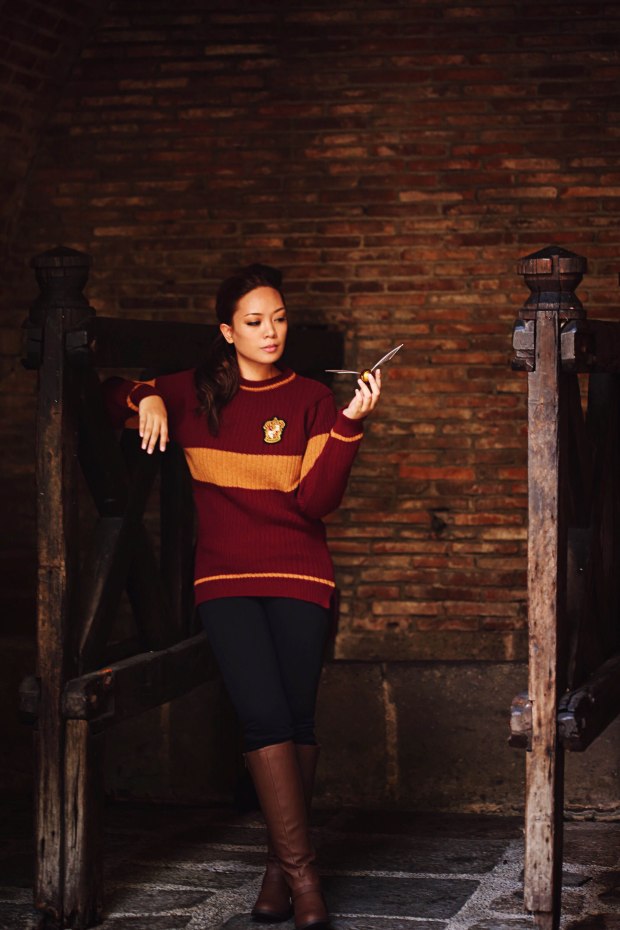 I don’t blame Bonnie Wright. I think she’s a lovely actor who was given the short end of the (broom) stick. Too many things to fit in the movies I suppose, that they didn’t have the space to write in one of the coolest women in the series – properly at least. I think if anyone had the emotional range of a teaspoon, it was her. Lol.

But thank goodness we’ll always have the books, right? 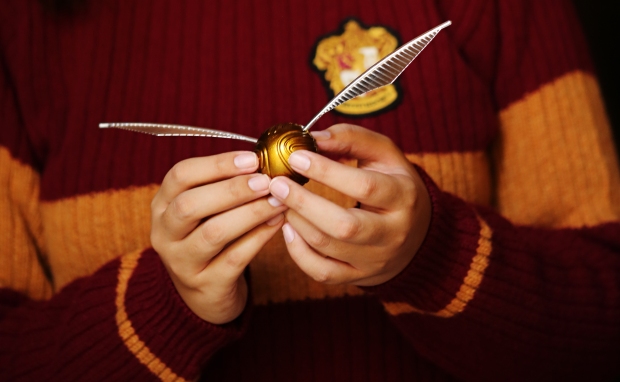 That’s why it comes as no surprise to me that people never believe me when I say that I am more like Ginny than Hermione. Then I always have to clarify by saying “Book Ginny”. Fans get it, non-fans look at me like I’m crazy. “What’s the difference?”, they ask.

Well here’s the difference. Since today is her birthday, I’ve decided to list 5 reasons why Ginny Weasley is my true spirit witch, in my new segment I’m going to start calling “Get to Know”:

“The thing about growing up with Fred and George,” said Ginny thoughtfully,
“is that you sort of start thinking anything’s possible if you’ve got enough nerve.”

Ginny may have started out shy and quiet when she was young, but she always had a fire within her. She defended Harry at the tender age of 11, which meant a lot considering how self conscious she was around him. And although she was determined to have him she didn’t sacrifice her personality to do it. Ginny was never a people pleaser – something she and I have in common. She learned to work on herself first. She dated other people and broke up with them when it wasn’t right for her. She stood up to Harry when everyone else could not, and wasn’t afraid of him being mad at her even if she was in love with him. She made it clear to her brothers that every choice she made was her choice alone. She understood and appreciated her self-worth, and to this day helps me appreciate mine. 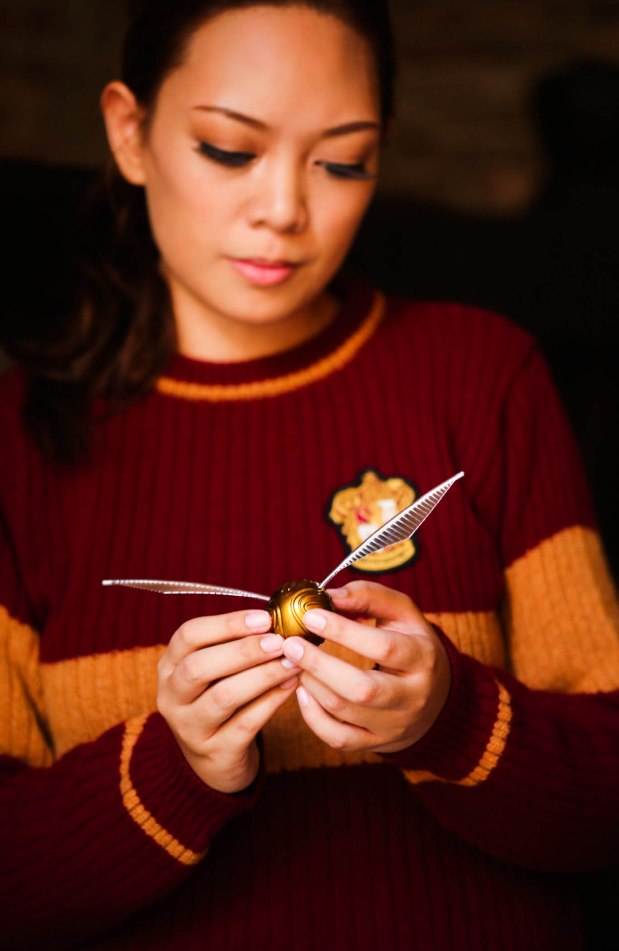 “Well, that was a bit stupid of you,” said Ginny angrily,
“seeing as you don’t know anyone but me who’s been possessed by You-Know-Who, and I can tell you how it feels.”

2. Her ‘Get it Witch’ Attitude

Growing up with 6 brothers toughened our girl up. She always knew what she wanted and went for it, no matter the obstacles. She wanted to become a Quidditch player, so she “borrowed” her brothers’ brooms and practiced on her own. And she got good. Good enough for Gryffindor, and good enough for the Holyhead Harpies. She wanted Harry, and she got him in her own time and in her own way. When Harry needed to save the world, she didn’t cry and say “what about me”. She said “do it”. And while Harry was off on his quest, Ginny didn’t sit around and weep. She took a stand in Hogwarts. She fought the good fight whatever way she could. Ginny never waited around for things to happen, and that’s something I relate to immensely. 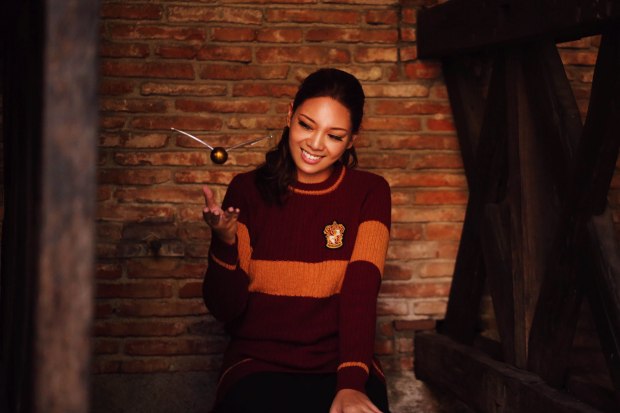 “And when he told her what he was going to do now,
she would not say ‘be careful’ or ‘don’t do it’,
but she would accept his decision
because she would not have expected anything less of him.”

3. Her Strength and Humility

Ginny was never like Hermione when it came to school (high five Ginny, high five. lol). She wasn’t the best in class not because she wasn’t smart or good, but because she liked to keep her plate varied and full. Her affinity for Quidditch and her active social life kept her busy, and made her a pretty well-rounded witch. She knew when she needed to step up, and when she could afford to take it easy. And whatever attention she got, whether from Slughorn, or her Gryffindor team, or men (including Harry), it never got to her head. Ginny had a quiet but unapologetic strength, something she neither bragged about nor denied. 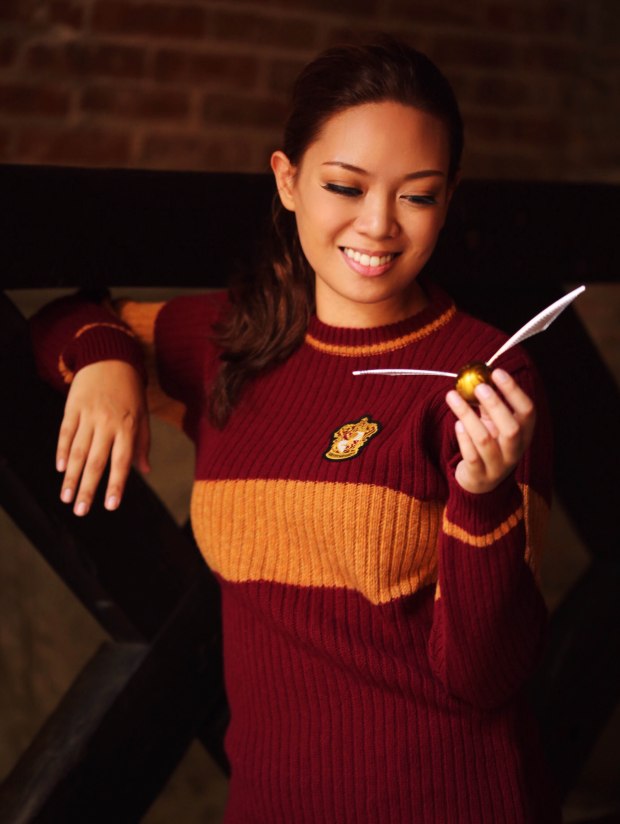 “Yeah, size is no guarantee of power. Look at Ginny.
You’ve never been on the receiving end of one of her Bat-Bogey Hexes, have you?“

4. Her Wit and Humor

Probably the aspect of Ginny’s that I relate to most obviously is her humor – mainly her sarcasm. I’m never the loud joker in my social circles. I tend to joke mainly for my benefit and amusement, and if someone laughs with me it’s just the foam on my Butterbeer tbh. I always felt that Ginny was similar. She could give Sassy Harry a run for his money any day. 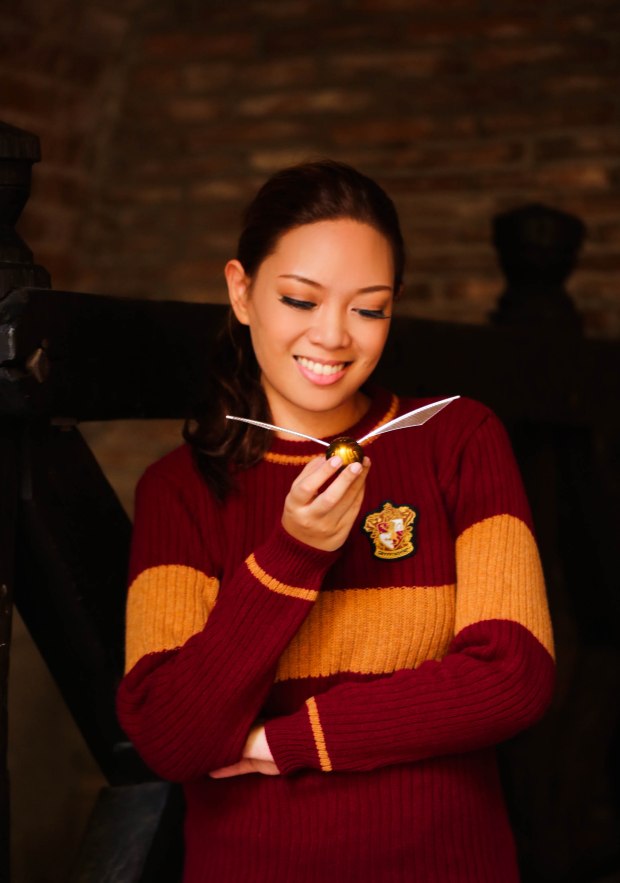 “And Ginny, don’t call Ron a prat, you’re not the Captain of this team —”
“Well, you seemed too busy to call him a prat and I thought someone should —“

5. Her Protectiveness and Loyalty

When Ginny decided that she loved someone, she did so without question and without fail. I get that. When someone is a part of my family, whether by blood or not, that someone has a protector and a friend for life. That’s something I always loved about Ginny. Though she grew up to be immensely popular, she was loyal to her friends. There was little need for popularity when she had Neville’s kindness and Luna’s sincerity. Naysayers be hexed. She loved them and protected them whatever people said. When Zacharias Smith insulted her Gryffindor team, she ran him over with her broom. When they were fleeing for their lives in the Department of Mysteries, she stood her ground and fought to help her friends escape. Family and love – those things should be simple. And they are simple. Both for Ginny and for me. 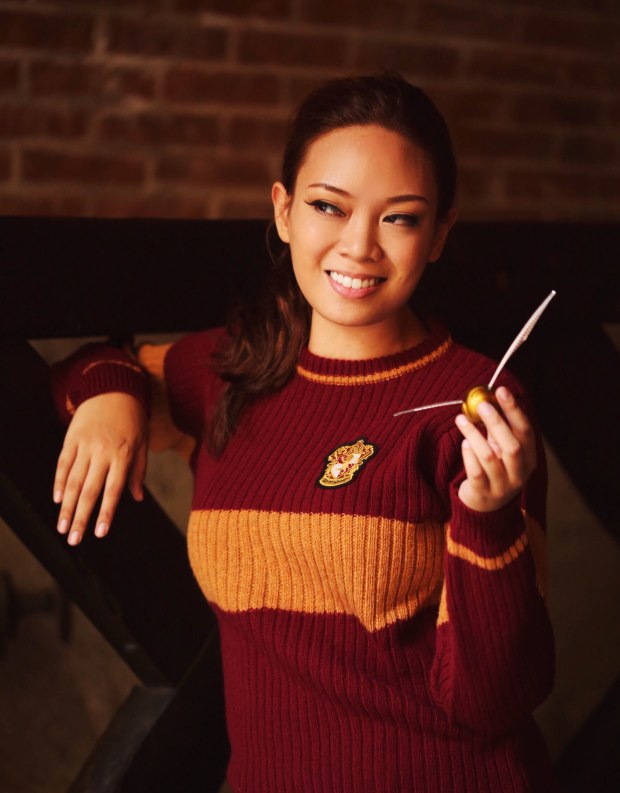 More than a sister to the Weasley boys, more than a Dumbeldore’s Army leader, more than a Gryffindor Team Seeker, and more than a partner for the Boy Who Lived, Ginny Weasley is a true heroine because of her mind, her heart, and what she chooses to do with both.

She may be one of the most underrated characters in the series, but I will always consider her an inspiration, and a constant reminder that it is more than okay to be who I am.

Thank you Ginny. And Happy Birthday.