Big Hero 6 is five years old today! And although that doesn’t sound like a long time, I honestly didn’t think it had hit five already. I thought maybe two, three years tops.

Which reminds me of a little anecdote I hope you won’t judge me for. Are you ready for your Disney expert image of me to be shattered? Here it goes: When I first saw the poster for Big Hero 6, I had never heard of it before. So I actually said “What happened to the first 5? Did I miss them? How the heck did I miss 5 Disney movies?” LOL. Okay, you can unsubscribe to me now, I won’t blame you.

If you’re still here, I did watch it (and get it lol). And. I. LOVED. It. I thought the characters were so refreshingly different and fun, the plot was both thrilling and touching, and omg Baymax! Who doesn’t love Baymax?

So you guys know how this works by now. Disney movie anniversary = Disneybound lookbook, so I obviously had to do outfits inspired by our team of 6. (See, I know that now. Lol)

“We didn’t set out to be superheroes. But, sometimes, life doesn’t go the way you planned. The good thing is, my brother wanted to help a lot of people.
And that’s what we’re gonna do”

Starting off with our hero, Hiro – this is the most comfortable Disneybound I’ve ever worn in my life I kind of want to be Hiro everyday now. Wore a red shirt with khaki… sweats? (is that what it’s called? I don’t even know lol), red converse, and his signature navy blue hoodie. 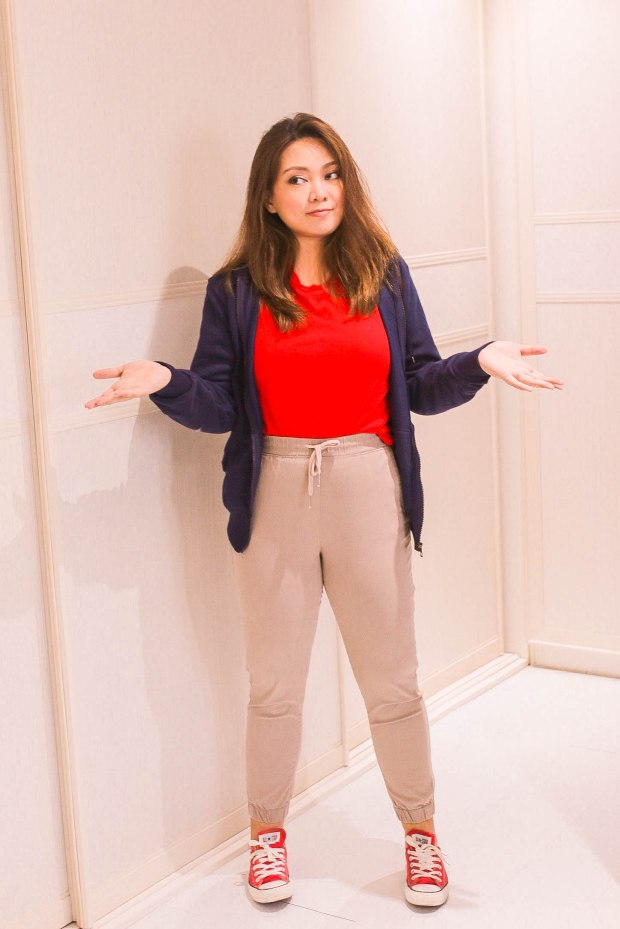 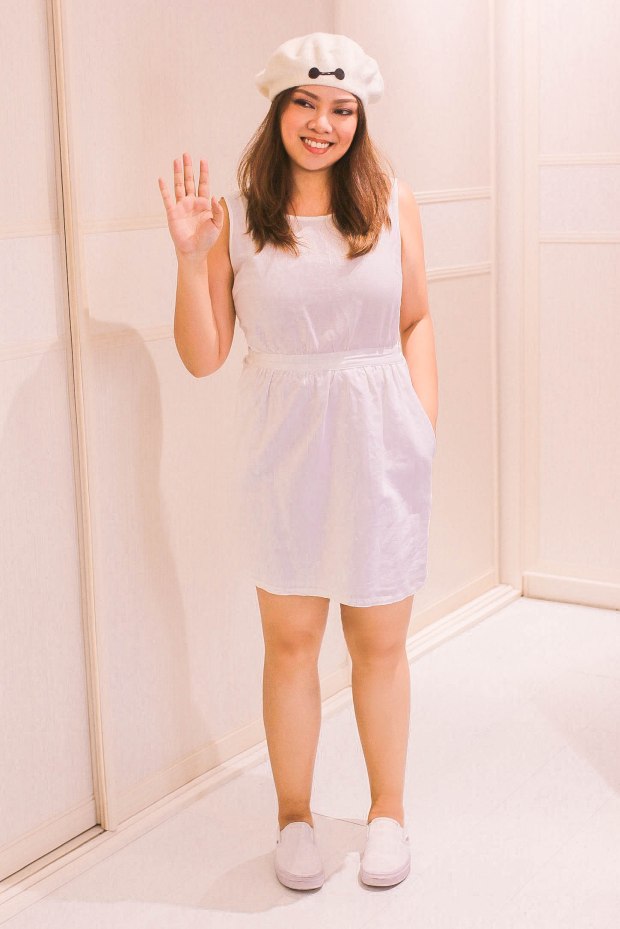 Falala – can’t get any easier than this Baymax bound. Wore a crisp white dress with white slip on sneakers, and topped it off with one simple but crucial accessory: a white beret I DIY-ed with black felt.

“Hello, I am Baymax, your personal healthcare companion.” 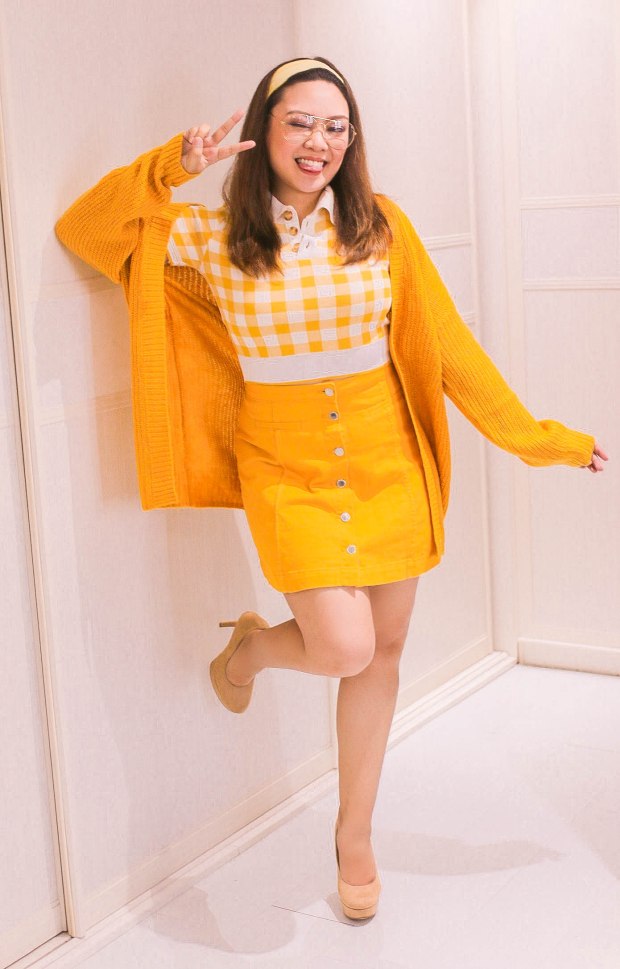 I’ve never worn so much yellow in my life but I’m not mad about it! Loved how this bound turned out. Took out my trusty yellow skirt that I’ve used for a million bounds, and paired it with a yellow and white checkered knit crop top. Put an oversized cardigan on top, and wore these old nude platform heels I used to be able to run in but can only barely walk in now. Lol. Finished this vintage-y Honey Lemon look off with grandpa glasses and a headband I made from scrap fabric. 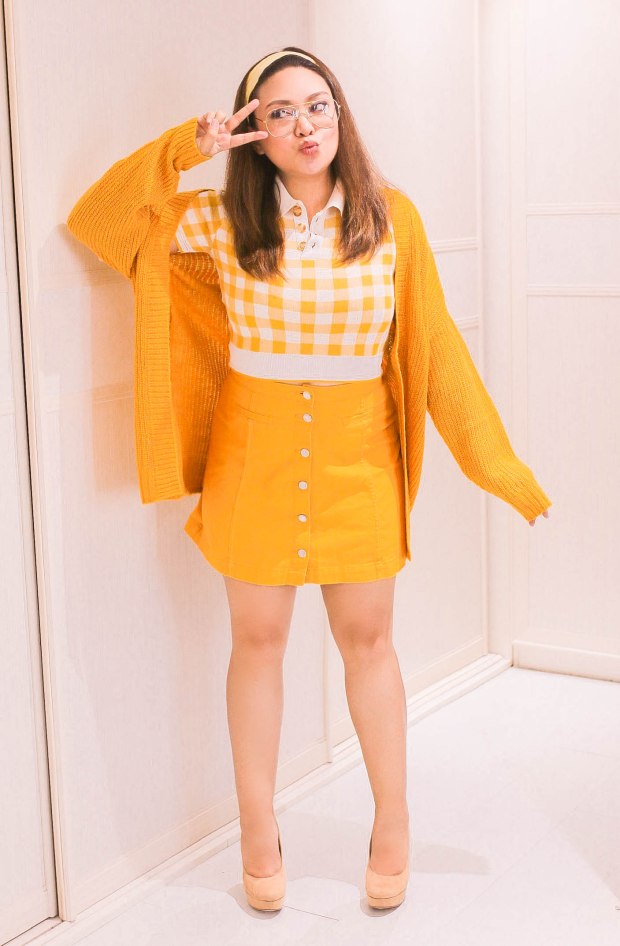 For Wasabi, I didn’t have a green and yellow sweater, so instead I layered a yellow shirt underneath my green knit to give a similar effect. Made another headband out of scrap fabric, and for the bottoms I went with a faded black pair of jeans and black running shoes. 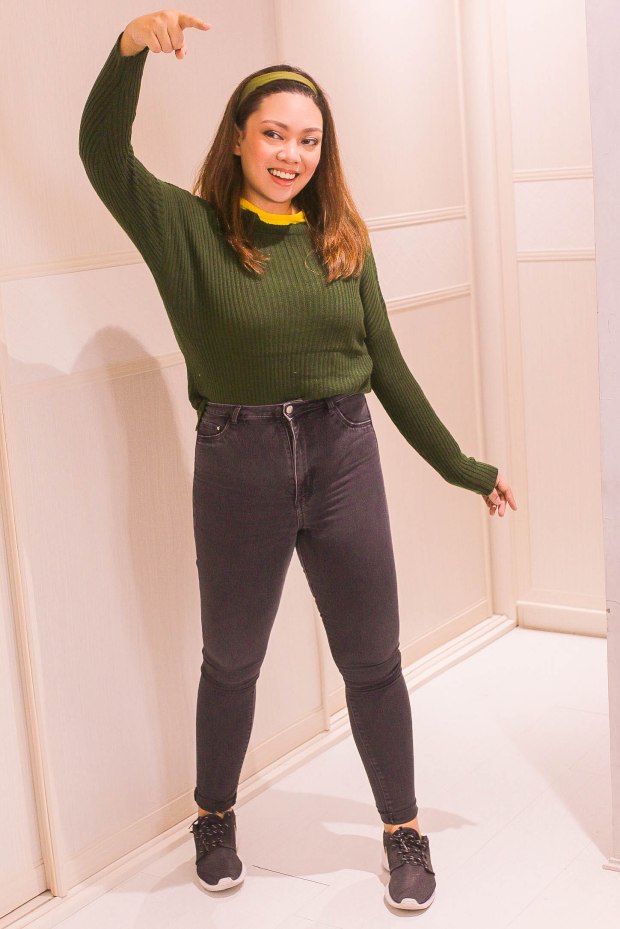 “My brain hates my eyes for seeing this.”

GoGo is just plain cool. I mean who else can rock workout pants and a leather jacket? Not me apparently but I did my very best lol. Wore a white cami, yoga pants with mesh panels, shorts on top, and a cropped biker jacket. Picked out these black ankle boots since her slip on shoes have similar cutouts on the sides. 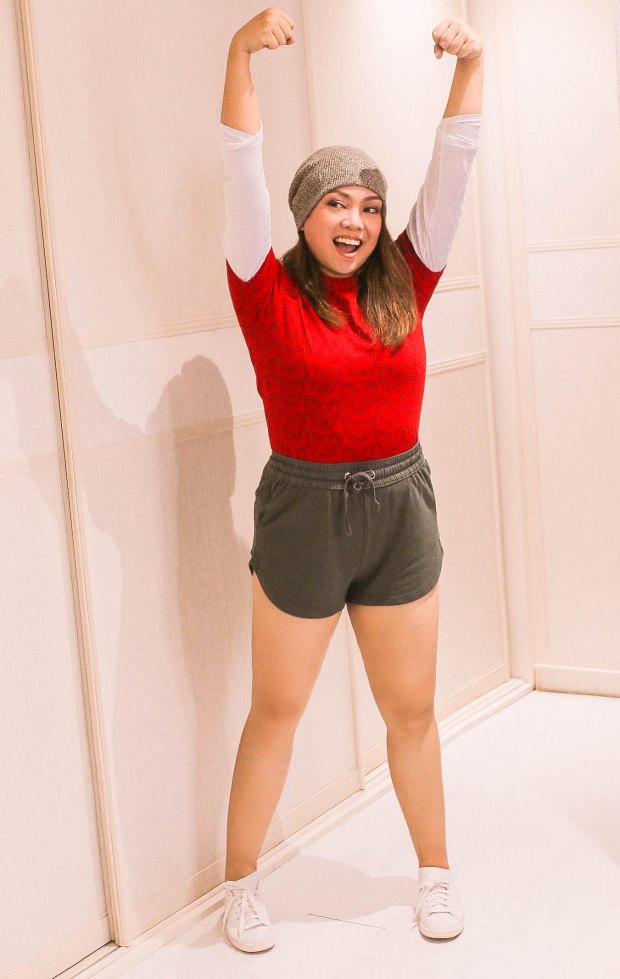 I don’t have a lot of random graphic tees that aren’t Disney, but I feel like Fred would be a Marvel fan right? I mean, he is from a Marvel comic. Is that too meta? That’s okay I think Fred would enjoy that actually. Lol. I put on a white long sleeve shirt underneath my red Marvel shirt, and paired them with army green shorts, white sneakers, and a slouchy beanie. And I promise there isn’t any inside out, front then back anything happening under there. I do have limits when it comes to my craft. Lol.

“If I could have only one superpower right now,
it would be the ability to crawl through this camera, and give you a big hug.”

I am satisfied with my care. Truly Magical: Disney Villains Disneybound Lookbook